SALIMA THAKKER is a jewellery designer born and raised in Antwerp, to an Indian father and Belgian mother. From a young age she has held a fascination for precious stones and the enigmatic qualities that they possess.

Salima studied at the Royal Academy, Antwerp and later gained her MA at the Royal College of Art, London where she solidified her craft and passion for design, which in turn, galvanised her whole creative approach to jewellery, art and design.

She later became a teacher lecturing at the Academy of Fine Arts. Working with young creative minds is a post that she plans to return to one day. In the meantime, Salima collaborates with young people who take environmental concerns such as sustainability and consumerism very seriously. She continues to maintain close ties with the Royal Academy. She exhibits its student’s graduation projects at her Antwerp store.

It’s been over 15 years since the ambitious Thakker decided to step out from behind the shadow of a prestigious Italian design house in Milan, and head home to set up a workshop, crafting handmade bespoke pieces based on her own distinctive designs.

Salima’s unconventional approach to design is a process that takes her handwritten notes directly into shaping a tangible material that bypasses the sketch phase entirely. It’s a step by step process that begins as a mental conceptual collage which first collides with her abstract imagination. Only then does the design take on a physical form and become a clear and precise vision that synchronizes beauty and diversity with quality.

Her designs encapsulate certain influences that not only reflect her own personal interpretation of an inclusive society, but represent a movement that entwine shared culture and ethnic origins with craftsmanship which are, in essence, a fusion of world culture.

Salima only works with stones, gems and diamonds that are ethically traceable, it’s a part of her work that she is consciously aware of and finds just as important as the design and quality in craftsmanship itself.

She always works with the same close group, since honesty, loyalty and trust is paramount within the close-knit community of Antwerp’s diamond district.

At her store she also offers personal design services for private clients and customers. Her rare, award-winning classics are now being sold worldwide including New York, Hong Kong and Antwerp.

While travelling the world, in search for the next ideal material, rough or polished, the occasional ‘coup de foudre’ is never far away. ST cherishes these love-at-first-sight rare finds. What often starts out as a figment of her imagination, evolves with intuition, skill and craft into fine jewellery. 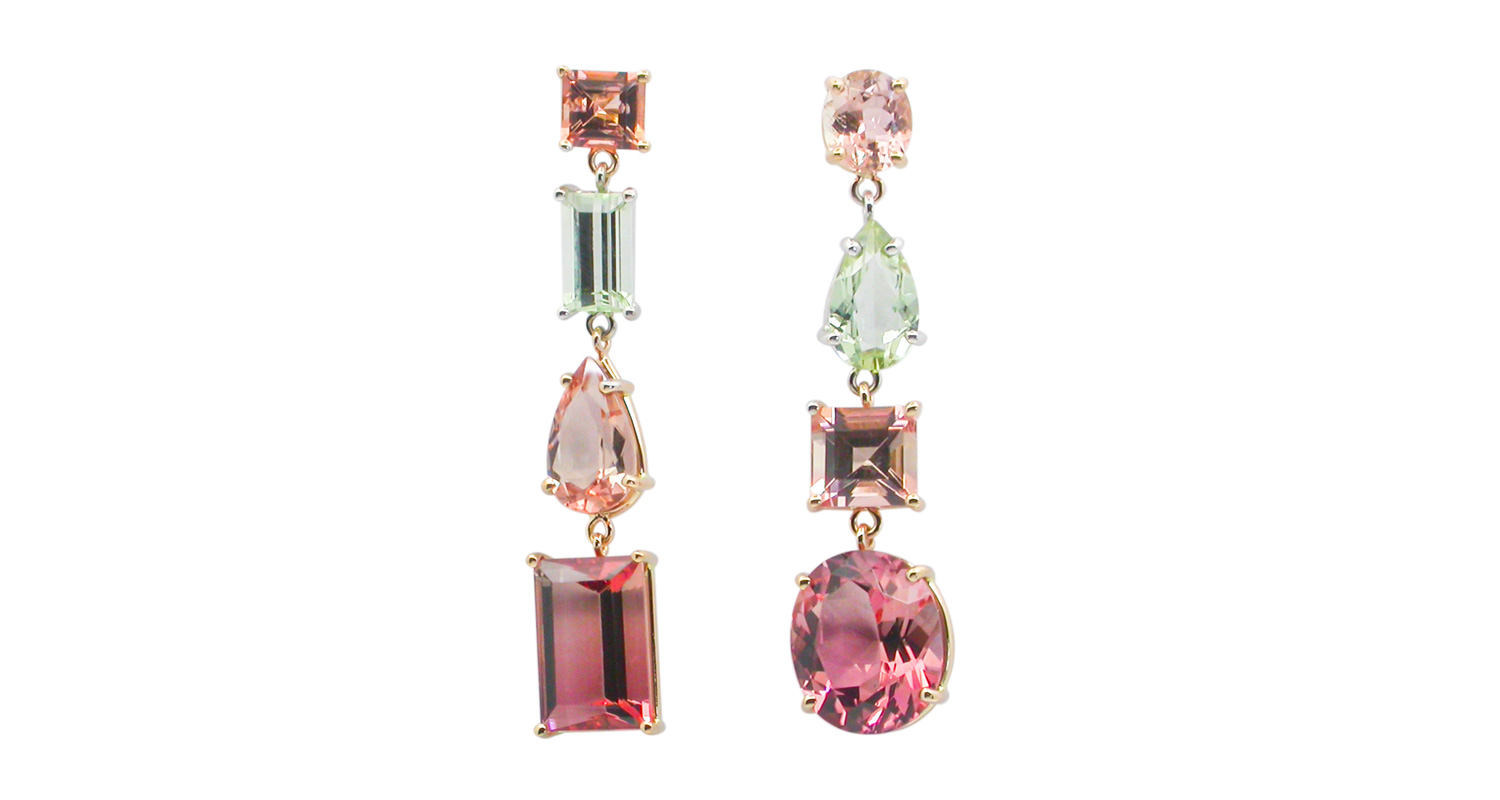 The fascinating history of Antwerp as THE diamond centre gives inspiration for a collection based upon the many different and famous diamond cuts. In the Facets collection the geometrical shapes of diamond cuts receive a whole new interpretation. 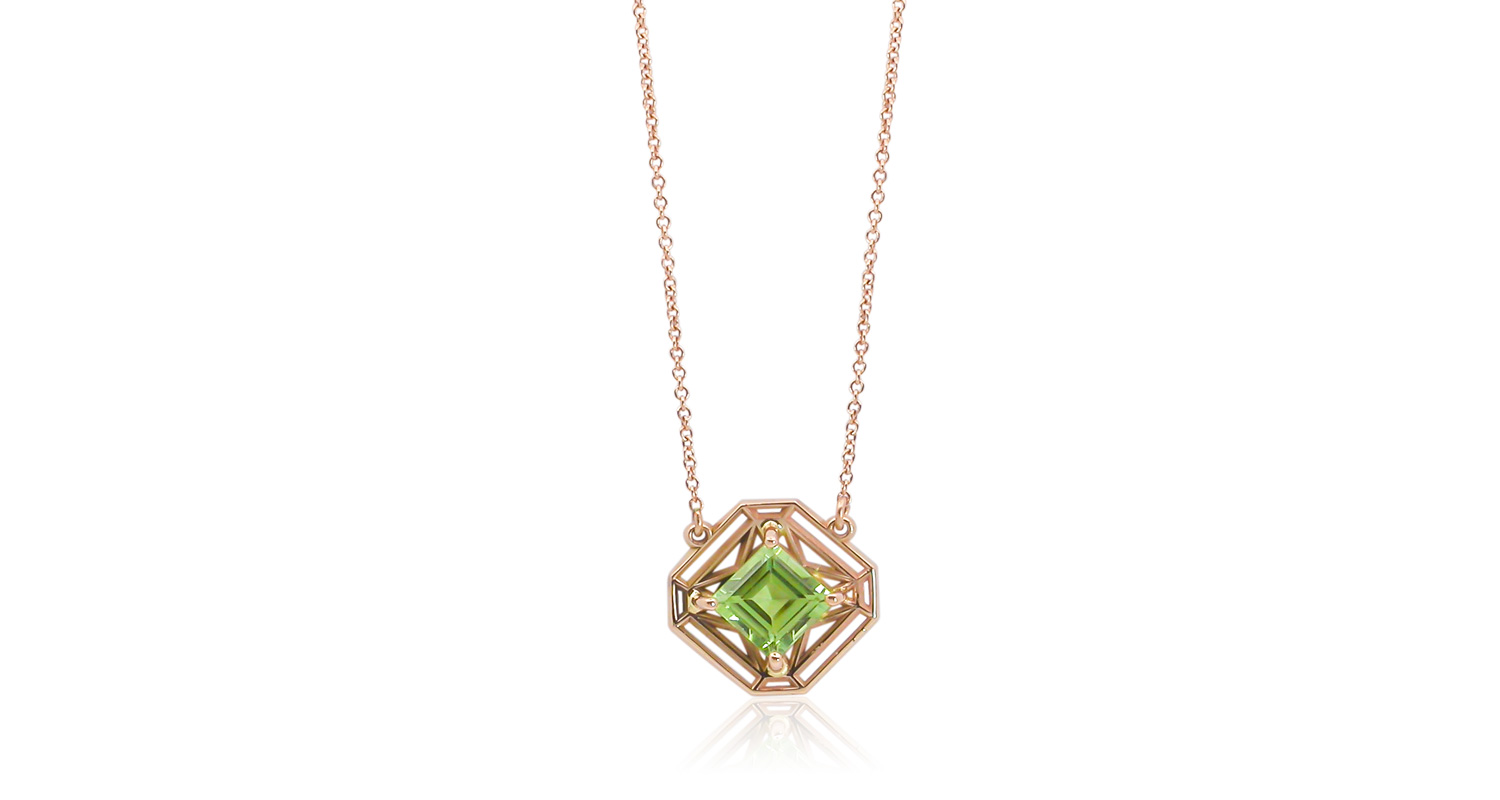 Just like the lyrics from the ABBA song “…And when you get the chance …You are a dancing Queen…”. The pieces, set with intricate golden beads tease, flirt and play along when you wear them. One of the earliest collections in the oeuvre of ST, and still going strong. 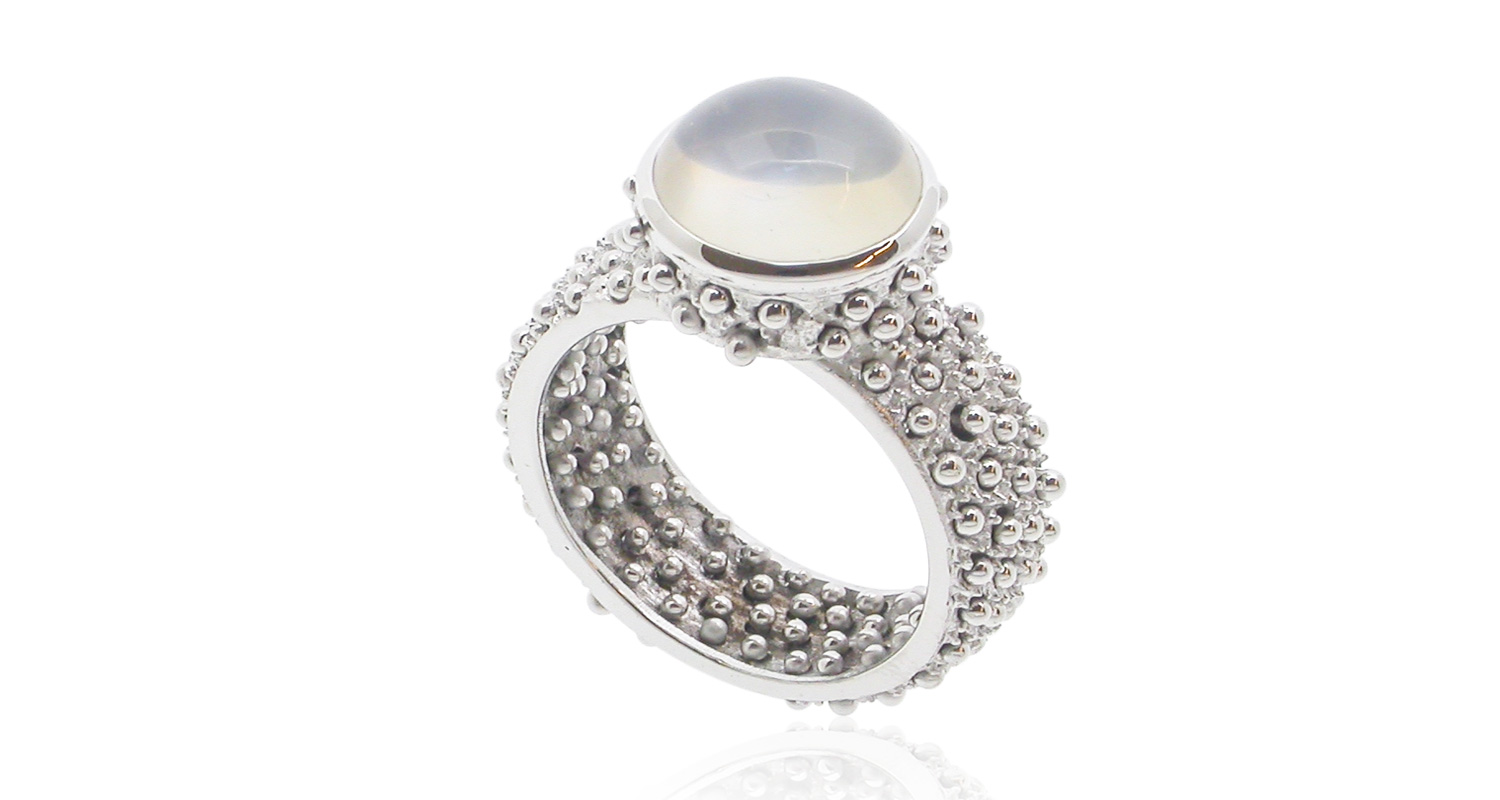 Every piece of the Grid Collection is a challenge in itself, where ST experiments with the technical boundaries of precious metals and gems. The Grid Collection’s structure provides endless possibilities for truly unique pieces. 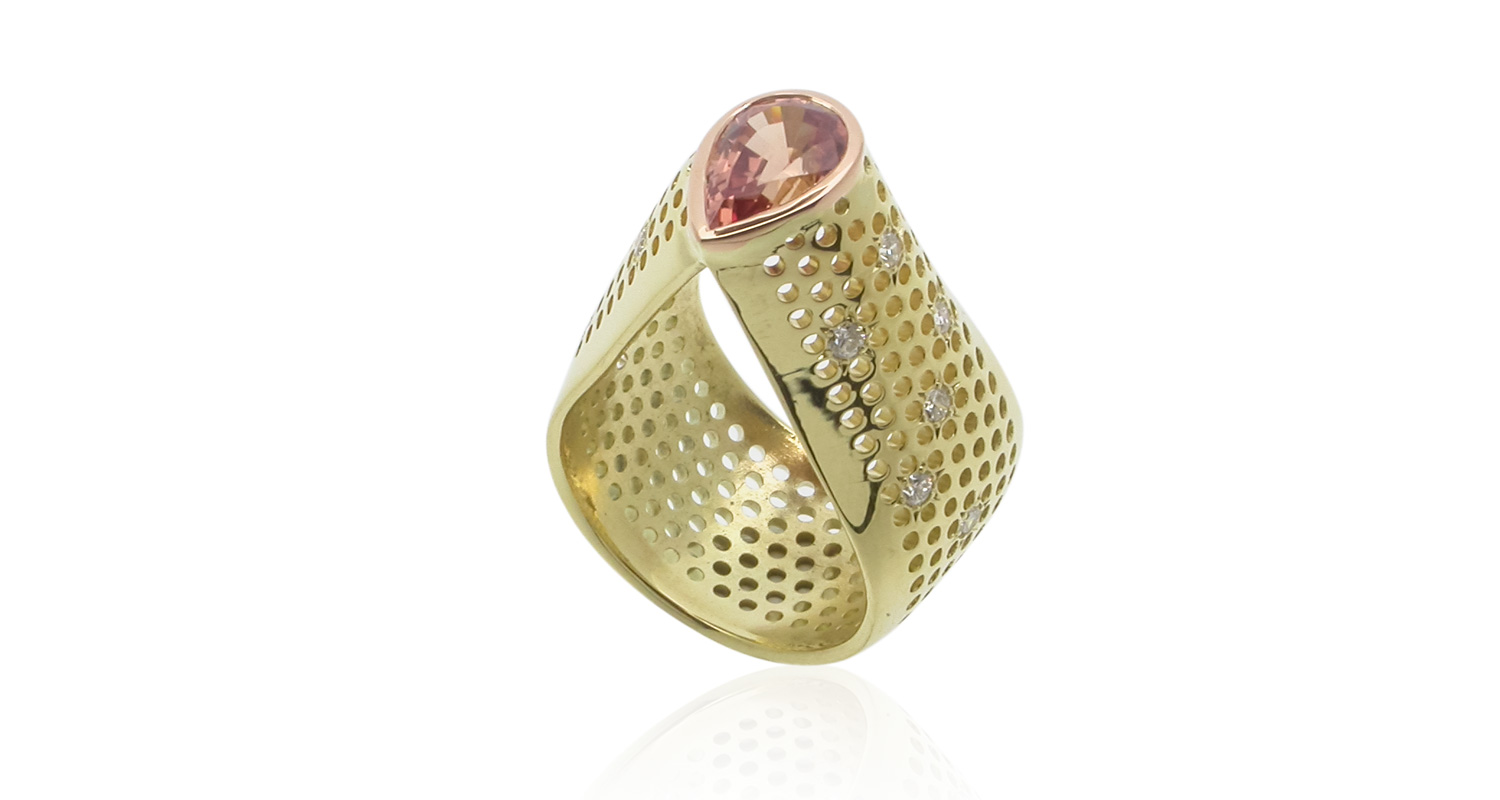 These fun patterned pieces come in four different and distinctive colours of gold. Set with diamonds, pearls or simply just left as they are. One2One can be personalized to suit any individual or style. 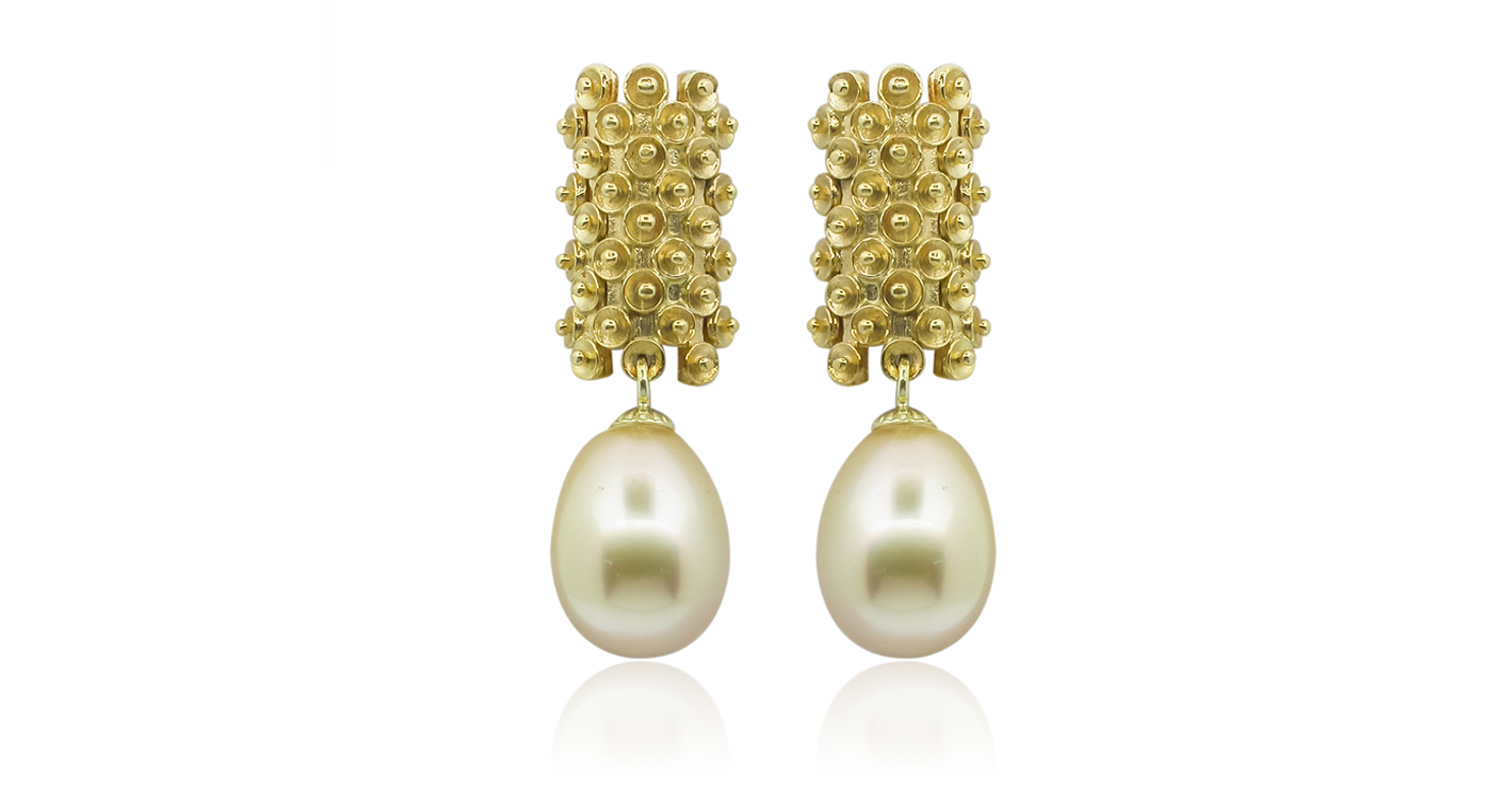 Craftsmanship breaking new ground. For the Roulette collection, precious stones are cut to show off their pavilion side, instead of their table! They are then captured in a geometrical golden reflection of their shape. 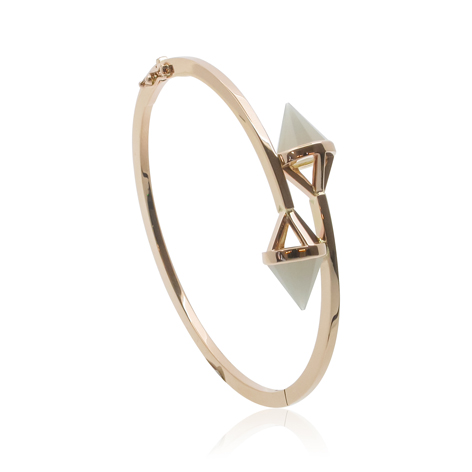 This rather monumental and architectural way of looking at jewellery finds its roots in Salima’s fascination for reptile skin and intricate structures. By linking numerous tubes of different shapes, ST succeeds in producing unique pieces that only show off their ingenuity when worn. Meet your precious ‘second skin’. 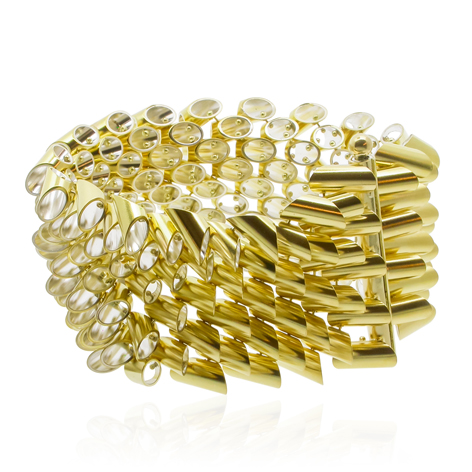 Another example of how precious stones can be set in an unconventional way. The maze-like structure captures the light so that the precious stones, randomly set, can be allowed to reflect their beauty to the fullest. 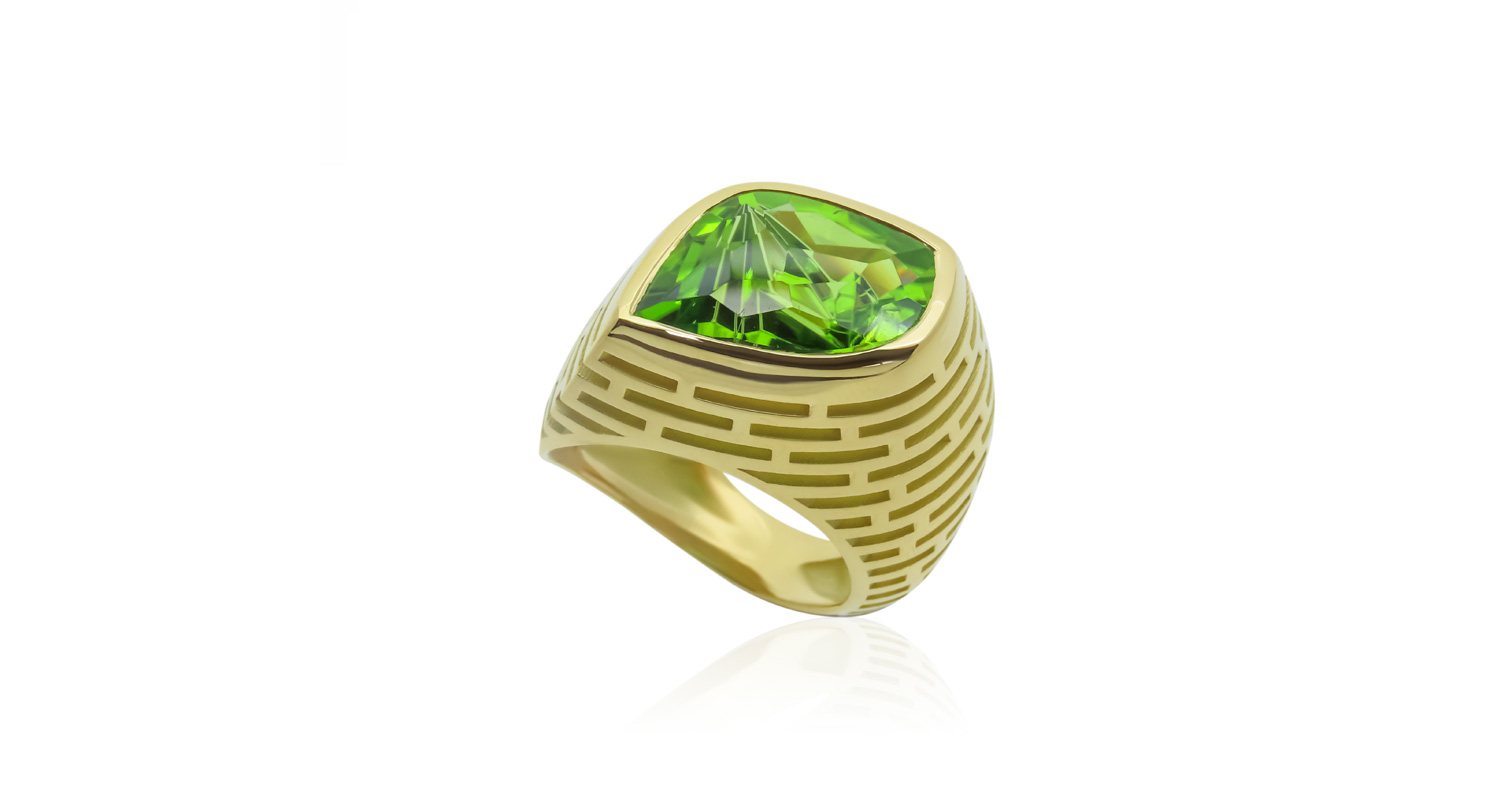 Inspired by the most beautiful of gem stones, and their bewitching shapes and colours, shades and grades, that seductively catch the eye. The Princess Collection was brought to life while wandering and wondering through many gem stone fairs, across borders over several years. After a coincidental enquiry about a one of kind ‘Princess’ ring, later led to a series of many more unique pieces, all carrying the very same name. 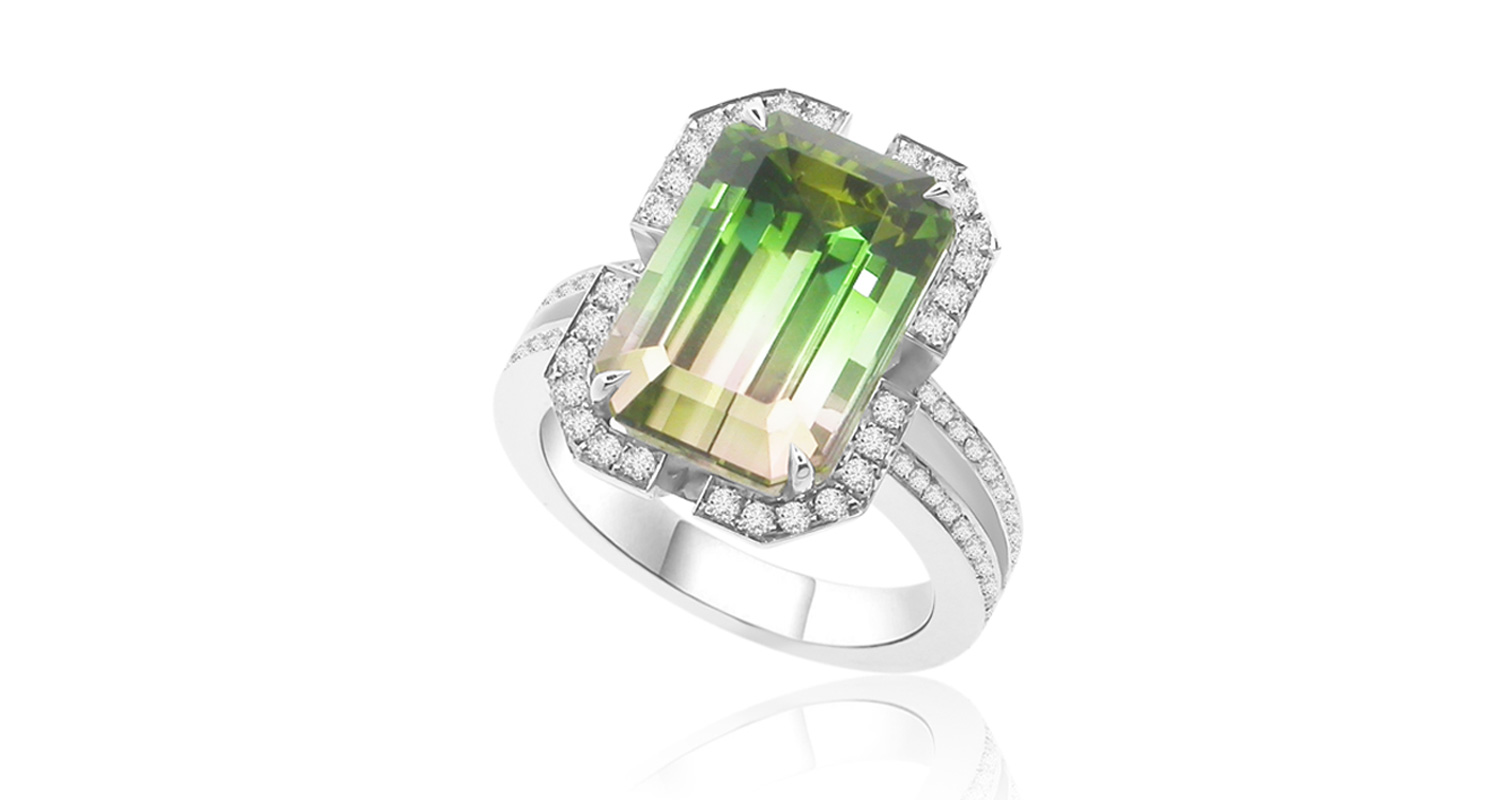 Salima celebrates and embraces the love of colour with the Multichrome Collection. She works with either one distinct single colour with the possibility of different precious stones or with a spectrum of colours. Cuts intrinsic to this collection are cabochons and briolettes.

Obvious yet subtle. Rough though refined. These lace wireworks celebrate the shiny and rocky structure of agate crystals that are complemented in an intricate crown bezel setting. 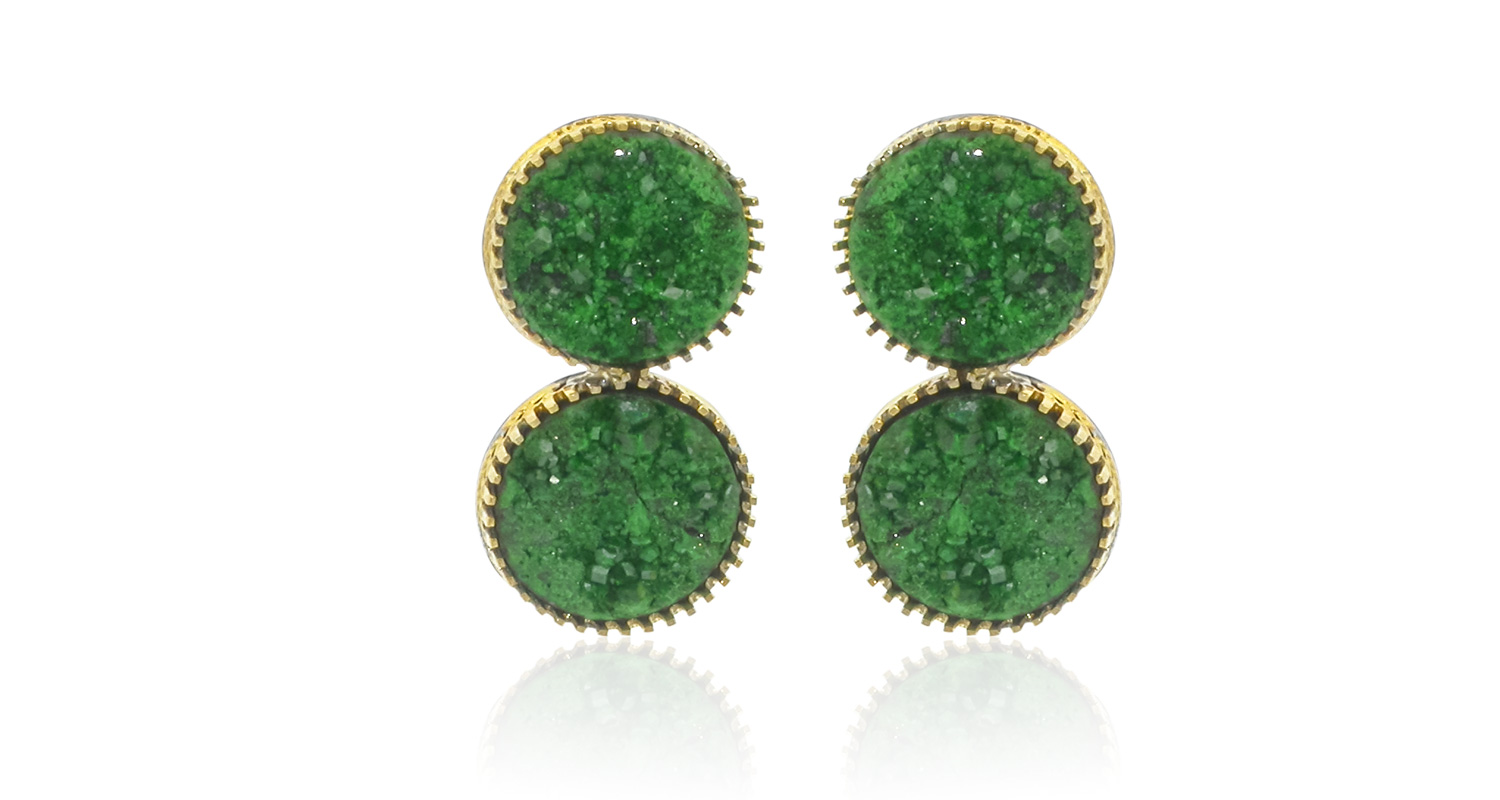 The Rainbow collection celebrates the carious colours present in sapphires. Due to Thakker’s selective choice in sapphires, she achieves the most mesmerising natural rainbow effect. 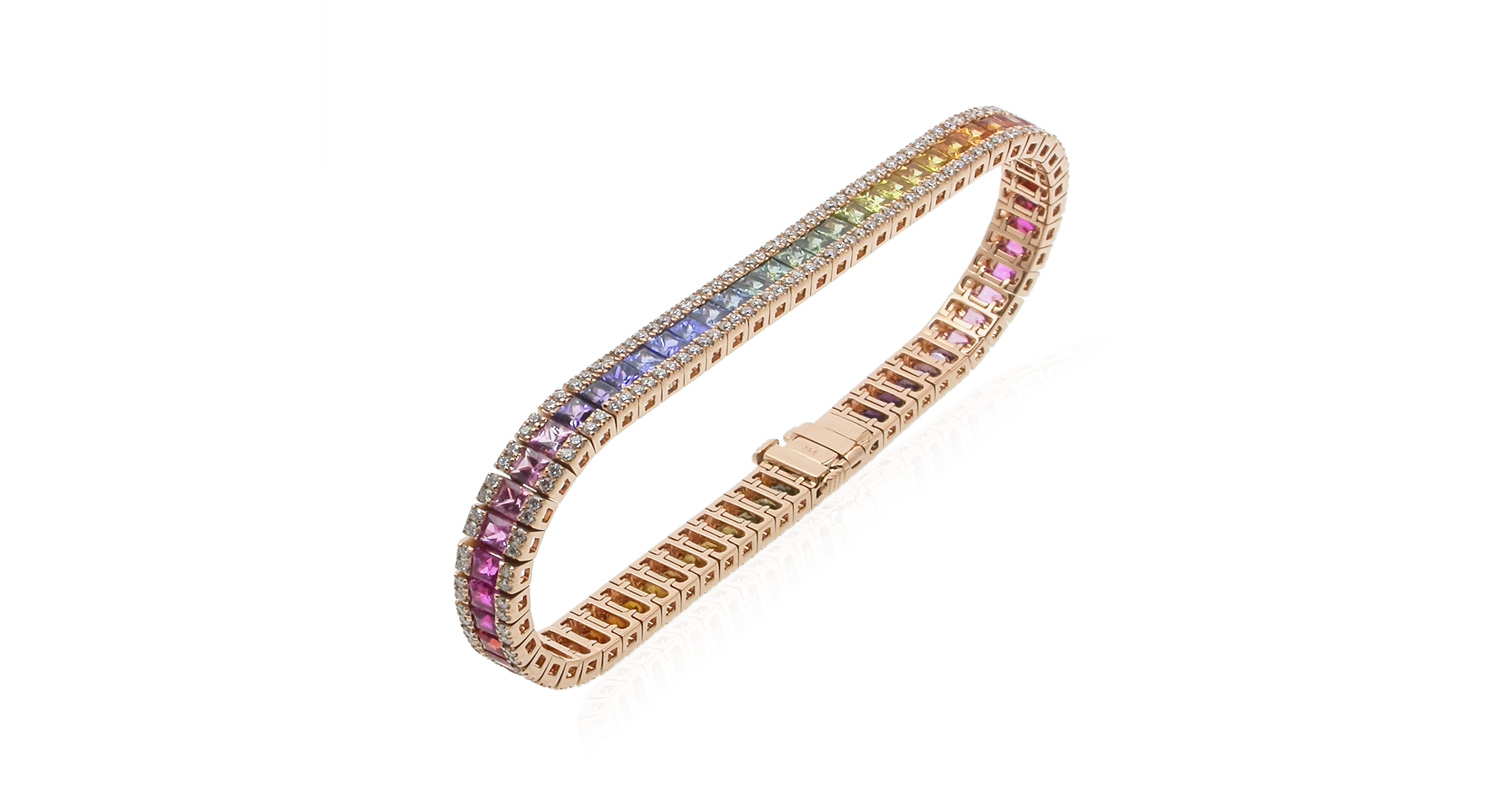