SALIMA THAKKER is a jewellery designer born and raised in Antwerp, to an Indian father and Belgian mother. From a young age she has held a fascination for precious stones and the enigmatic qualities that they possess.

Salima studied at the Royal Academy, Antwerp and later gained her MA at the Royal College of Art, London where she solidified her craft and passion for design, which in turn, galvanised her whole creative approach to jewellery, art and design.

She later became a teacher lecturing at the Academy of Fine Arts. Working with young creative minds is a post that she plans to return to one day. In the meantime, Salima collaborates with young people who take environmental concerns such as sustainability and consumerism very seriously. She continues to maintain close ties with the Royal Academy. She exhibits its student’s graduation projects at her Antwerp store.

It’s been over 15 years since the ambitious Thakker decided to step out from behind the shadow of a prestigious Italian design house in Milan, and head home to set up a workshop, crafting handmade bespoke pieces based on her own distinctive designs.

Salima’s unconventional approach to design is a process that takes her handwritten notes directly into shaping a tangible material that bypasses the sketch phase entirely. It’s a step by step process that begins as a mental conceptual collage which first collides with her abstract imagination. Only then does the design take on a physical form and become a clear and precise vision that synchronizes beauty and diversity with quality.

Her designs encapsulate certain influences that not only reflect her own personal interpretation of an inclusive society, but represent a movement that entwine shared culture and ethnic origins with craftsmanship which are, in essence, a fusion of world culture. 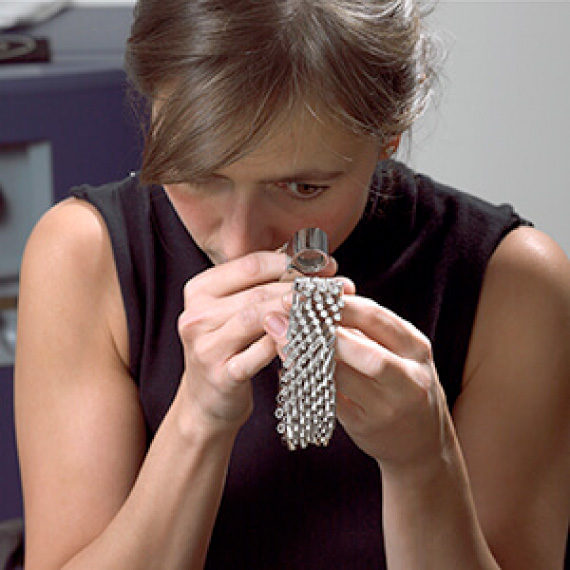 Salima only works with stones, gems and diamonds that are ethically traceable, it’s a part of her work that she is consciously aware of and finds just as important as the design and quality in craftsmanship itself.

She always works with the same close group, since honesty, loyalty and trust is paramount within the close-knit community of Antwerp’s diamond district.

At her store she also offers personal design services for private clients and customers. Her rare, award-winning classics are now being sold worldwide including New York, Hong Kong and Antwerp.